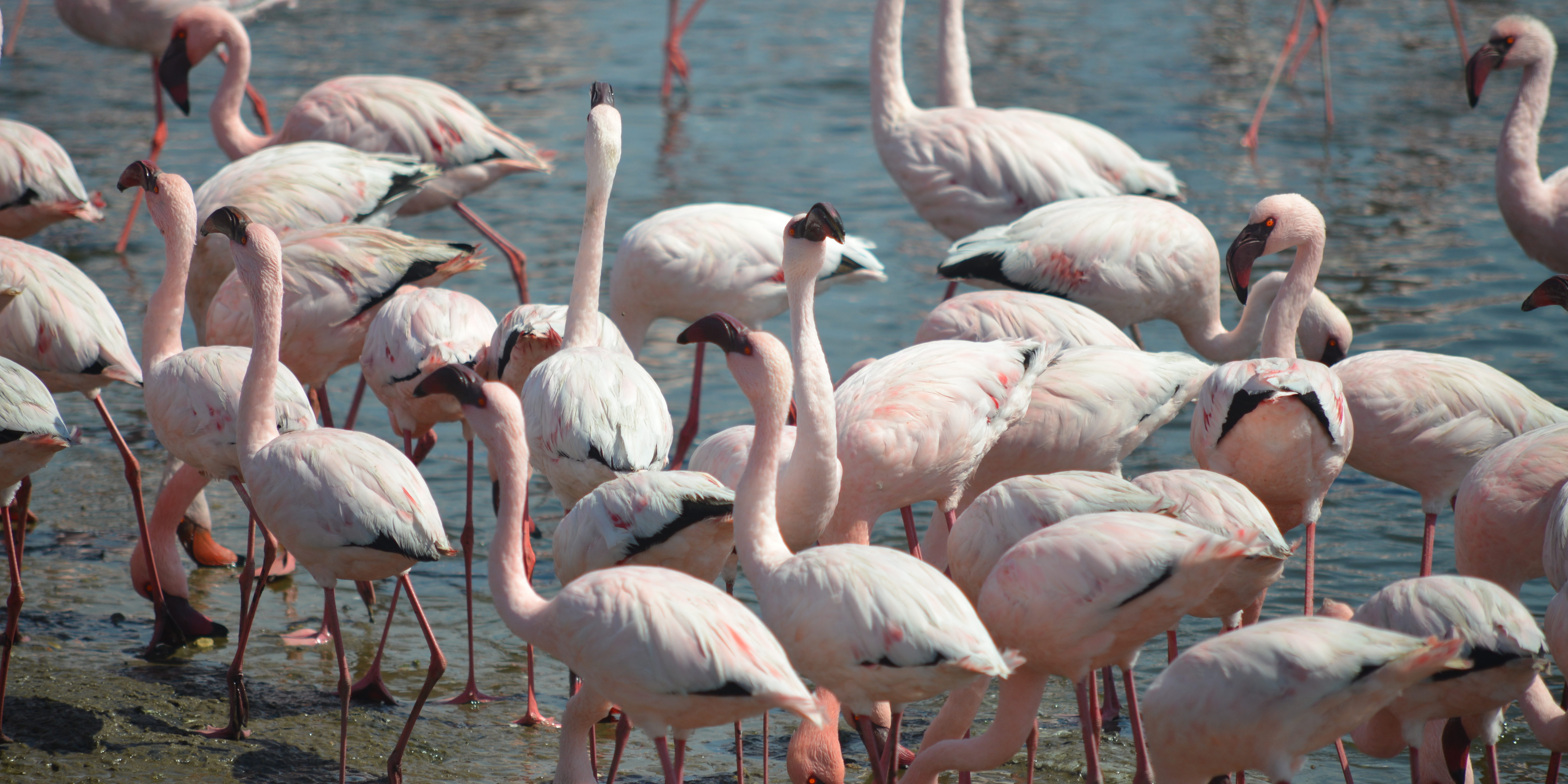 An unpredictable phenomena, breeding flamingos in their hundreds and thousands yearly turn Sua Pan a deep pink. Sua Pan, located in the Nata Bird Sanctuary, is one of only three remaining prime breeding sites for flamingos in Africa where Lesser Flamingos breed on a regular basis. The other two are Lake Natron and Etosha Pan. Due to late rains this pink shimmering mass of flamingos are still at Sua Pan and can be seen from the elevated hide in the Nata Bird Sanctuary which provides a spectacular photographic vantage point and views over the vast pan.

During and after the rainy season (December to April) a tremendous variety and concentration of waterbirds migrate to the Nata River delta and its pans. These salt pans are sustained by seasonal rain, freshwater from the Nata River and the Boteti River, often replenished by the far-reaching floods of the Okavango Delta. The seasonal flooding of the pans creates an immense shallow wetland with an abundant food supply of algae and shrimp making it a prime breeding location for flamingos and pelicans. During times of above average rains the lake-like Sua Pan remains filled through the year making it the most important habitat for Southern Africa’s nomadic and migratory waterbirds. When breeding conditions are right (usually March to June, following the rains) both the Lesser and Greater Flamingo build mud cones and lay one egg. For about one month the parents incubate the egg until it hatches. After a week or so the young birds flock together and start foraging with their parents. Only ten weeks later are the young ready to fly and look after themselves.