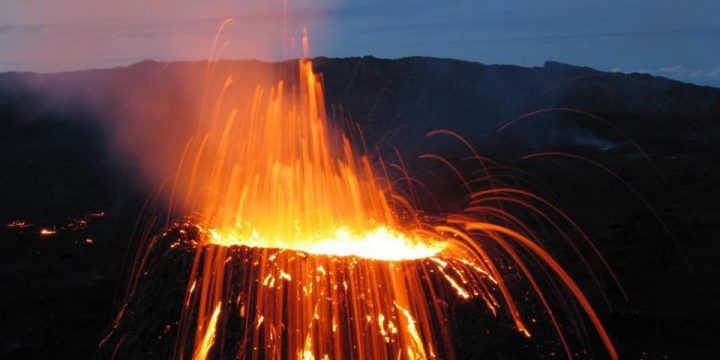 Reunion Island volcano, Piton de la Fournaise (Peak of the Furnace), one of the world’s most active volcanos, has erupted for a second time. Piton de la Fournaise is classified as a shield volcano because of its low profile and multiple lava flows when it erupts. The eruption began on 11 September 2016 in an uninhabited area to the southeast of the island.
Travellers can approach the volcano and view it from Pas de Bellecombe. The volcano is also visible from the southeast roads of the island. To find out more about Reunion Island and the other Indian Ocean Islands – http://www.youtube.com/watch?v=NJ790yt866g