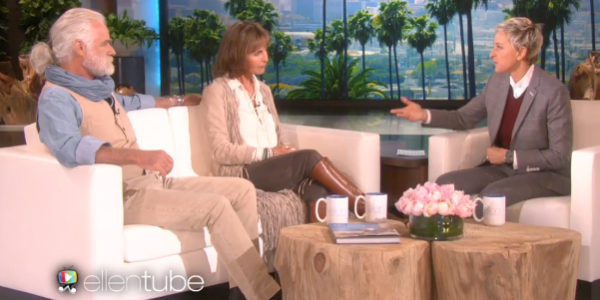 WATCH Ellen and the South African Couple Devoted to Wildlife

U.S. talk show host Ellen de Generes has long been known as a supporter of animal causes, and now it’s African animal causes too. Two of her most recent guests were Dereck and Beverly Joubert, the South African conservationists and award-winning photographers.

The South African couple, who have lived in the Botswana wilderness for some three decades documenting mostly lion behaviour, were on the show promoting their new television documentary, “Soul of the Elephant”. They spoke about living among animals and what it was like getting up close and personal with the elephants as they were filming them.

They talked about the horrific poaching problem, which is bringing down an average of 100 elephants a day. When Ellen asked whether trading in ivory was now illegal, Beverley Joubert explained how trading is still allowed in certain countries and in certain ways.

“We would love ivory to be not used at all and left on elephants,” she said.

Ellen asked them how people could help, and Beverley Joubert spoke of the programme they are spearheading – funded by donations to Great Plains Conservation – to bring 100 rhinos from South Africa to Botswana, where they will be better protected from poachers.

Here is a preview of “Soul of the Elephant” that showed on the U.S. station PBS: